We were going to play some surrealist games tonight but due to my dropping the ball, we’re going to read some short pieces by Bruno Filippi instead. The text can be found HERE. Let’s plan to discuss “The Free Art of a Free Spirit”, “The Federation of Sorrow”, and “Il Me Faut Vivre Ma Vie” this evening; though as always, just read as much as you’re able or inclined to. You might also look at the translator’s intro by our good friend and Renzo Novatore’s piece in memory of Filippi if you want more info on the iconoclast in question. 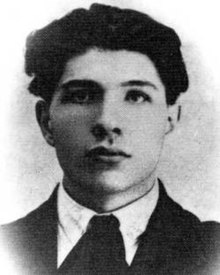 This week it’s back to James Carse’s Finite and Infinite Games. We’ll discuss chapters four and five: “A finite game occurs within a world” and “Nature is the realm of the unspeakable”. Altogether both of those are less than thirty pages, and this will position us nicely to finish the text when we return to it for the last time in early July. If you still need a copy, you can download one HERE.

Sorry about the super late post this week folks. Tonight we’re talking about George Herriman and his seminal comic strip Krazy Kat. For reading material, I found quite the motherlode: .cbz scans of all the volumes of Krazy & Ignatz, the anthology series collecting all the different periods of Herriman’s comic published by the venerable Fantagraphics. There are twelve full volumes of this series, and it takes forever to convert them to pdfs, so for simplicity’s sake I’m just going to post two of my favorites. Each volume has some interesting essays on the comic and its creator as well as tons of the strips themselves, so let’s just read as much as feels appropriate to each of us and discuss it tonight. I’m also going to post two short pieces on Krazy Kat, though unfortunately I wasn’t able to find the piece from Arsenal we were discussing last time. Read what you will and be there to discuss it tonight at 7:30! Links to the PDFs for tonight can be found by CLICKING HERE. And if you want to grab the other volumes in the Fantagraphics series, click HERE.

UPDATE: I wish I had found it earlier, but I was able to track down Franklin Rosemont’s piece on Krazy Kat. It’s from the publication “Surrealism and its Popular Accomplices”, where it begins on pg 58. I’ve added it to the files found on the first link above. It’s not very long and if you get a chance to read one essay before tonight (alongside looking at some of the old strips), I would make it this one.